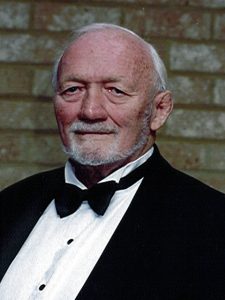 MOST OUTSTANDING MARTIAL ARTIST OF THE YEAR: JUJITSU

Master Fleming was born in Scotland in 1926. By the 1940’s he had founded the first judo club in Western Australia. He also founded the judo Federation Australia in WA. His training in judo was to reward him when he won the first official judo title in W.A. in 1952. He remained undefeated for 10 years. He also took out 2nd place in the National Judo Titles in 1956.

Master Fleming’s martial arts was to give him many recognition’s of the next few years, some of which are listed below. His training in judo continued over many years and in 1980 he received his 6th Dan, followed by his 8th Dan in 1993.

He is a personal friend and has been a student of Mas Oyama, learning Kyokushinkai Karate, and Kotani Sensei, 9th Dan judo, plus studying under other Kodokan masters. Master Fleming has also been the W.A. manager, coach and technical adviser to nearly every WA team for 41 years.

His most prestigious honour was when he received the Order of Australia (OAM) in 1990, and also when he was knighted in 1996 through the Knighted Order of the Banner, Grand Commander His Exalted Highness Prince Jah, Nizam of Hyderabad, India, who is the patron of the Society of Ancient Martial Arts, presented this.

Regrettably, due to illness, Master Fleming is unable to travel to Townsville to receive his induction awards this year, but Master Ramon Lawrence has graciously agreed to accept Master Fleming’s induction on his behalf. We wish him well with his health.