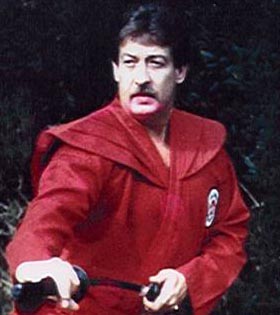 Master Malcolm Lomax was born 24 November 1947. His nationality is both Australia and the United Kingdom. Master Lomax completed four years secondary schooling gaining his HSC. at R.M.I.T. Melbourne in 1965.

Master Lomax also spent some 10 years in the hotel security industry from 1970 to 1980 and from 1985 to 1990 performing bodyguard security for stars such as: Olivia Newton John, Bob Geldof, John Farnham, John Travolta. He is a member of Equity, and is able to speak Cantonese. Master Lomax resumed teaching his bodyguard and security courses nationally in 1999.

In April 1999 Master Lomax was involved in a near fatal head on car smash on the Gold Coast when a speeding car drove head on to him at 140 kph. His bodyguard experience in defensive driving and his quick reactions from many years of military and martial arts training minimised the damage to himself and his children in the car. In May 1999 Master Lomax received a commission as a Lieutenant Commander in the Queensland Naval Brigade Officer Corps for his work with the charity organisation, an honour earned through real generosity to the community.