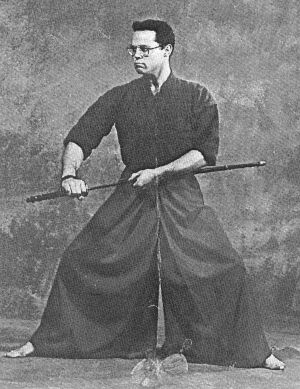 Inducted into the W.K.U.H.O.F. for 1996 – MAN OF THE YEAR: KARATE
DISTINGUISHED BOARD MEMBER (VIC)

Master Buttigieg was born on 25 November 1955, and in the years to follow he commenced training in Martial Arts. In 1975 he successfully graded and obtained his black belt in Zendo Kai. His sensei was Sensei Richard Norton. He progressed from there, training Tai Chi Chuan under Rocky Chan from 1980 to 1982. By 1984, Master Buttigieg had become very involved in the Bob Jones Corporation and had obtained his sandan sensei rank, and successfully completed his yondan grading in 1986. Between 1983 and 1985 he also was involved in Oki Do Yoga under Takao Nakazawa.

Master Buttigieg also found time during 1980 to 1987 to study kyudo (zen archery) under the watchful eye of Andre Sollier. 1988 again found Master Buttigieg successfully obtaining his godan rank in Zen Do Kai. His training and teaching continued on throughout the next few years and in 1991 he became a grade 5 trainer of Muay Thai with the World Kickboxing Association (WKA). A further qualification was added to Master Buttigieg’s list with freestyle techniques and principles being introduced in 1993 through the Bob Jones Corporation. In 1995 he received his rokudan and Kyoshi title through Zen Do Kai.

Master Buttigieg is also founder/ principal of the Kenson School of Self Defence in South Yarra, which commenced in 1992 and continues strong today. He was responsible for the release of a video in 1994 titled “Kenson Self Defence and Well Being.” In 1995 he was involved in 10 segments on U.S. and Asia television series titled, “Yin Yan and You.”