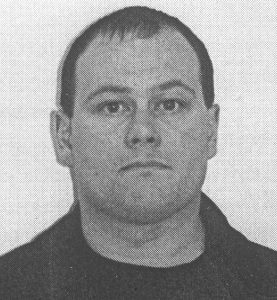 Inducted into the A.W.M.A.H.O.F. for 1996 –
MASTER INSTRUCTOR OF THE YEAR FOR UNARMED COMBAT

Inducted into the W.K.U.H.O.F. for 1996 –
BEST RUN SEMINAR OF THE YEAR FOR UNARMED COMBAT
CLOSE QUARTER INSTRUCTOR OF THE YEAR

Master Todd has many years of Martial Arts training and is currently ranked as a 7th dan in Jiu Jitsu. He is chief instructor of New Zealand’s oldest Jiu Jitsu facility, which was established by his former instructor, the late Harry Baldock, 70 years ago. The late Harry Baldock operated his school in Dunedin for over 40 years and in his retirement Master Todd took over and still operates in the same facility and still instructs the Baldock systems of Jiu Jitsu.

Master Todd has also 20 years experience as a hand to hand combat instructor and has been chief instructor to both the military elite and the regular force infantry. Despite all the hours he puts in with his Martial Arts Master Todd also finds time to be an author, consultant and owner of a very successful New Zealand Martial Arts Magazine, and a designer of the combat knife.