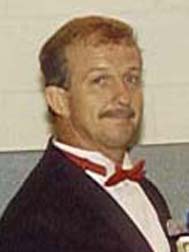 MAN OF THE YEAR: KARATE-DO

Shihan Gallon was born on 24 November 1952. His Martial Arts began with his father introducing him to boxing and judo in 1964. Shihan Gallon then started Shotokan karate, obtaining his 1st dan black belt in 1972.

Shihan spent time travelling overseas to Japan in the early 80’s, training the hard way. However in October 1991 his Master Kancho Masafumi Suzuki passed away, and like a lot of other styles when the master goes, Seibukan Japan split and most of the branches closed world wide. He decided however to continue with the “Seibukan” name so he could keep honouring Suzuki Sensei. Since then a new Seibukan has started up in Japan, but as Shihan was not pleased with the direction this new organisation was heading he approached Okinawa to be recognised in his own right. On 8 July 1996, Shihan was officially appointed as the style head for Australia for the style of Seibukan Goju Ryu. He was also awarded the rank of 7th dan and the title of Kyoshi.

His awards and achievements read like a who’s who in Martial Arts including; Gold medal – Japanese University Championships 1991; Captain of the Australian full contact Seibukan World Cup in Japan, 1991.