Echoes- a moment in time or time in the moment 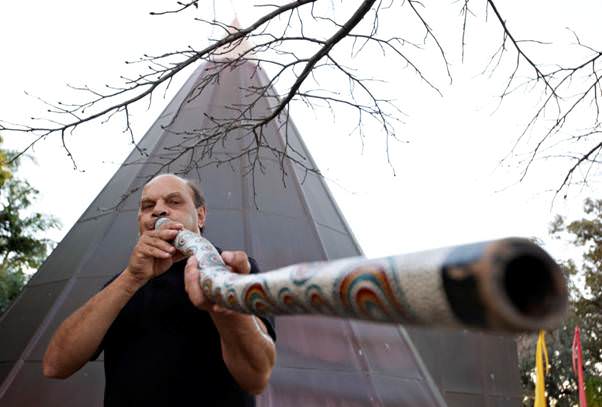 Entering the boundaries of Echoes is something that is not only monumental but of supreme significance to the human body and soul.  Established only a short four years ago Echoes, nestled in the back corner of one of Perth’s better known Wedding venues and surrounded by the most impressive of gardens is a place of change, chance and the future.  Created by Dorothy Coe from clear instructions given to her via the medium of “dream”, Echoes is a centre for healing of the body, mind and spirit through the medium of sound.

Although sound therapy is a relatively new science to the modern medical world, the science of healing with sound is ages old and traditional to all the “indigenous” cultures of the world. Celts, Mayans, American Indians, Aboriginals and many more have used sound vibrations to both heal and restore since time immemorial.

Since the creation of Echoes, sound therapy in Perth has come into its own. Working in conjunction with the tribal elders of the Noongar culture, Dorothy Coe and her working partner Sensei Ramon Lawrence have been working with a wide cross section of the community and achieving some amazing results.  People who have suffered from strokes have been restored to being able to function normally, walk well and speak clearly. Tumours have been known to recede, and cases in which traditional medicine has largely tried and failed, have undergone incredible transformations.
Amazing! A miracle! The hand of God, or a bunch of people who have given up hope and are prepared to believe anything!

”Not so,” says Dorothy Coe, Managing Director of Echoes. “Sound therapy has been well documented throughout the ages and over the past ten years has been becoming more of a sought after option when many of the modern options have failed.”

“Echoes was established to cater for people from all walks of life wishing to heal their bodies, minds and spirits. It is no accident the location of the Centre is on sacred aboriginal land and has the blessing and support of the elders of the Noongar culture.”

“These people have strong and traditional links to the land and even though they are modern people, the links and the understanding of the healing propensities of the land and the spirits world is still very much a part of their ‘modern’ culture”.

How did Echoes come into creation and Dorothy Coe

Some years ago Dorothy was sent a series of special “dreams or visions” which in her words went on for days and sometimes weeks. She says about herself, “I was always the odd one out and never seemed to fit into the “pattern” that was expected”.

“The “dream” kept coming and eventually formed into a set of instruction for a purpose built dwelling, designed on strict mathematical guidelines, to be located in a precise place in the Perth suburbs.”

“We had lived on mine sites, and many places over the years but eventually came to Perth and settled in Joondalup”.
“My experiences became known as “the dream” to my family and as far as my husband was concerned “the dream” was going to be built in the Joondalup area. After a visit to friends in the hills of Perth we drove down and stopped at a restaurant advertising Devonshire teas.”

“We walked into the restaurant, through into the magnificent gardens at the rear, sat at a table and I said to my husband that is the place where “the dream” is going to be built.  “The longer I sat there the more definite the vision became that this was the place. The longer I looked across the gardens the more visible a Tepee structure became apparent and the stronger the feeling that we were in the right place. “

Asking to meet the owner of the property was Dorothy’s first set back. Ramon Lawrence was away overseas for a four month period and was not due to return for the best part of three months. His son was managing the restaurant and was petitioned, on many occasions, by Dorothy to arrange an appointment with his father immediately upon his return to Perth.

In the meantime Dorothy had gone ahead with the planning of the Centre, approaching an architect to draw up the plans for the tepee to strict mathematical guidelines. She went ahead and commissioned the structure to be engineered and built all on the belief there would not be any problems with the location once Ramon returned to Perth and discussions were held.  Meanwhile Ramon had been briefed by his son and the firm answer was always “No way. I am not going to get involved with this. It’s my place, my garden and I don’t work with “partners”.

The pair eventually met and minutes later Ramon was agreeing with Dorothy to allow the structure to be built at the “bottom of the garden”!

“It didn’t matter which section of the garden I offered Dorothy she was determined the location of the Tepee would be on the site of a former Morton Bay Fig which had been cleared and at the mouth or base of a stream passing through the gardens.” says Ramon.

The stream is a part of the sacred dreaming trail of the Noongar people and Echoes is located on this sacred ground. As the ground is considered sacred by the aboriginal peoples it was felt the Noongar people needed to have a strong involvement with the centre. This has occurred with the help and support of Prof: Joan Winch, elders and other tribal members.  Professor Winch has been a mentor for Dorothy as well as a fount of knowledge in healing and ancient tribal technics. She is also on the Board of Directors for the Echoes Centre.

Her strong input has both underpinned the importance of the Centre to the aboriginal peoples as well as illustrating the importance placed on the beneficial effects sound therapy has on a wide range of medical conditions. She has also been instrumental in introducing a range of bush remedies and tonics into the Centre, which are used daily in the “Gong and Didge” sessions and are also available for purchase.  During the construction of the Echoes Tepee, naming the Centre became of prime significance, we could hardly call the place “The Dream.” says Dorothy; she recognised the ancient practice of healing with sound had been employed by Indigenous cultures worldwide.  The dream represented to Dorothy an echo of this ancient knowledge
And so Echoes was named.

Ramon Lawrence came reluctantly into the Echoes scheme as the owner of the property chosen for the construction of the Tepee.  A martial arts expert, he was aware of the benefits of a wide range of energies on the human body but was, like many, a sceptic as to how much was real and how much was purely people wanting to believe anything .

He and his wife purchased the Nicholson Road property some 25 years ago in order to relocate his growing martial arts teaching practice. They built their home, followed by a function centre and with the help of their growing family planted and designed the gardens now known as the “Japanese Gardens.” Seven years ago Ramon opened his restaurant at the rear of the function centre and this was shortly followed by the establishment of Echoes.

The partnership he had always avoided in business was formed and his involvement with the underpinning philosophies of Echoes began.

Ramon had been informed many years before on a trip to Japan he had strong healing abilities with his hands and that he would one day be called upon to use this gift. He was a little astonished as in the traditional training of many of the martial arts the ‘Sensei’ trained to use this type of energy in defence, not healing.  Ramon now works with both Dorothy and Ken on a regular basis to carry out the work and healing undertaken in the Tepee.

Working with both didgeridoo and gong, Echoes sound therapy sessions commence with a full explanation of the process about to be undertaken. A series of four gongs sends sound waves through the body in order to cleanse and refresh the body and mind. The vibration caused by the use of gong, ‘didge’ and crystal bowls increases and decrease in volume during the session, following sound wave patterns, thereby cleansing the body of spent and negative energy.  This resonance is felt deeply within the body throughout this deeply relaxing experience.

The didgeridoo is a unique and powerful instrument which has been used for generations in healing and ceremonial use. Its unique sound is used during the sessions. The largest of the three instruments’ is over 2 meters high and is used at the end of the session to ground and awake the participant.

Sound therapy is becoming far more widely used in today’s medical world to treat stress related conditions, diagnose tumours, clean wounds, pulverise kidney and gall stones and much more. One of the more recent breakthroughs has been its use in pain management in delivery and operating suites. Sound therapy is also becoming more widely used to work with those with special learning needs and emotional issues.

A selection of bush essences has also been trialled and tested at Echoes. The primary essence used is sandalwood, which is permeated into a silk square. Sandalwood is used in the main as its unique fragrance is well known for its meditative effect and healing benefits.  Fragonia is also offered. Fragonia is an exciting new essential oil from the South West of Western Australia which has the unique power of harmonization and rebalance, which will help release many old blockages from an emotional perspective and to make peace.

Jayden came to Echoes some four months ago with a range of conditions upon which medical experts in Perth and further afield had all but given up.  He had already received a liver transplant at the age of 10 months and now at the age of 20 months was in such a state he was largely unresponsive to most stimulus in his life.  He had been diagnosed with brain damage and a host of other medical conditions.  His mother had tried and investigated all forms of treatment for Jayden, all to no avail.  She says, “We tried everything there was to try but nothing seemed to work for Jayden.”  At a family gathering she approached her Great Aunt, Dorothy Coe and asked if she felt Echoes could help Jayden. 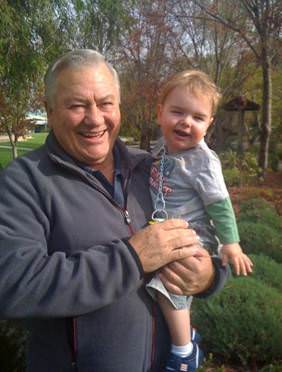 Now four months on Jayden is a happy healthy 2 year old, with a great laugh and a huge smile and a great love for life.  The team at Echoes have worked with and on Jayden with sound therapy, essential oils and the God given healing energy granted to them.

Jayden is grabbing at life with both hands and is catching up to his peers at a rapid rate.