Australian Martial Arts Are A Mess 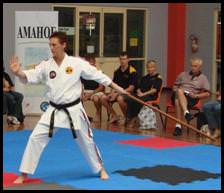 Before we answer the numerous questions this statement raises, let’s turn to the same page.

Are ‘Martial Arts’ an art, or a sport?  This dispute flickers on and off around Olympics time, but has rung through Martial Arts (MA) Dojos for years. Dictionary.com  http://dictionary.reference.com/browse/sport

To this we can include, probably the majority of the arts as associated with MA.

Athleticism and skill are cohesive traits for the theories of the often masochistic discipline. But the second half of our definition, illuminates the answer.

‘…often of a competitive nature’,

Not all MA have a competitive element. The fact is, MA will never be exclusively one or the other. As Melbourne based Aikido instructor Joe Thambu puts it, giving a definitive answer to this question is like trying to codify ball sports – it won’t work.

There are too many disciplines with too many rules and traditions, saying it’s one or the other is bound to offend somebody. This brings us back to this mess within Australia’s MA society, there are now too many cooks and not enough kitchen hands.

In other words, too many athletes are cutting corners to get to the high grades (4th-10th Dans) that it’s nigh on impossible to determine what the standard is or where it should be.

So if Australian MA has fallen victim to a crowded top, how did it happen? This is not a new issue, back in the late 1800s/early 1900s when Australia was introduced to MA, no one had the foresight to set regulations for how each art could and should be taught, with one exception: Judo.

Judo – you might know as the tumbling ground sport that sort of looks like wrestling at the Olympics – was founded by Professor Jigoro Kano of Japan.

Professor Kano created a stringent syllabus for graded progression. The International Judo Federation (IJF) has maintained Kano’s work to the point where the only credible way to achieve the higher Dans is by travelling to Japan. In other words, if you see a 4th Dan Judo instructor in Australia, be nice. This is what regulates most MA in Asia and is subsequently what is lacking in Australia. In the three big MA hometowns, Japan, Korea and China (For example; Judo, Taekwondo and Kung Fu, respectively), each art has multiple grandmasters. 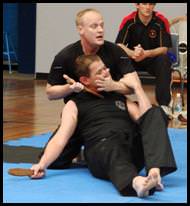 The grandmasters are lifelong devotees to broadening their knowledge of an art and passing it on. In Australia there is a shortage of Grandmasters. There are cultural reasons for this; MA is imported. But the no. 1 reason is Australian MA, indeed Western MA, have developed more of a productivity perspective: minimum input for maximum output.

People are promoting themselves to the higher grades even if they haven’t necessarily put in the effort, either by travelling to America, or visiting master sew (resident tailor).

It’s called self promotion and it’s the fast way to earn a buck from MA. Wouldn’t you expect someone to teach you well if they’ve got six stripes on their belt? As a result, our grandmasters are few and far between. When a MA organisation loses its grandmaster, and they don’t have an able successor, the art either perishes or operates heedlessly, quickly losing direction. This is common, it’s become messy and it won’t stop unless a standard is practiced.

Well who’s going to fix it? There have been several attempts at structuring Australian MA. In 1986, the Victorian Government issued the Martial Arts Control Act. The Act aimed to sort out some of the problem people in Victorian MA. Basically, they wanted to outlaw underground, private profit MA competitions. However, some of the problem people they were trying to sort out ended up on the MA Control Board, and the industry went full circle.

Around the same time, a similar, slightly more successful board was set up in Western Australia. Initially the same issues arose, people ended up on the board who wanted to control the arts for their own interests. Grandmaster Ramon Lawrence was on that WA council: “I made a strong point there that all we need is control by a duty of care.” Lawrence had in mind one question when making decisions on that board; how can we improve MA?

His not-for-profit initiatives took hold and the people harbouring selfish intentions quickly fell by the wayside. However, Lawrence‘s impact was short lived as he has stated himself.

“A lot of my ideas went through to parliament however; they’re waiting to be enacted.” 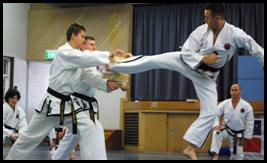 In 1998 after leaving the government funded organisation, Lawrence became President of the Australasian Martial Arts Hall Of Fame (AMAHOF). Still in its infancy, AMAHOF was founded in 1996 by Professor Brian Gallon. Gallon’s illness forced him to drop the reigns and Lawrence was reluctantly parried into the job by its supporters. After time the job grew on him and in the past twelve years, Lawrence has moulded AMAHOF into an organisation capable of cleaning up MA in Australia.

Contrary to the psyche of, say, UFC, Lawrence doesn’t believe ego has a place in MA.

“If you teach traditional martial arts really well, you won’t make money out of it.”

Ramon is a man who loves to talk. Equally, he loves to do. Doing is how he founded Iaido in Tasmania: Sometime in the ‘90s, Lawrence received a call from a spectator of one of his Iaido demonstrations. 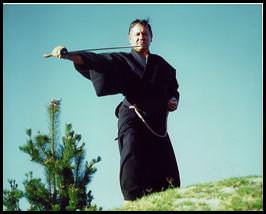 “I had a bloke from Tasmania ring me up and he said, ‘how do I get onto this, I can’t find anyone who teaches it’, I said that’s because there’s nobody in Tasmania’.”

So Ramon boarded an aeroplane. “He said ‘how much will it cost?’ I said ‘nothing’. The Japanese teach me for free and it’s my job to pass it on.” This is his responsibility, he says.

“If it takes me twenty years to learn something, then I’ll take ten years to teach someone else.  They then have another ten years to practise what I taught them. And if the cycle continues, that’s when you start to build mountains.”

But Lawrence is hiding something. Under the selflessness, there’s guilt. He loves MA. He loves what it adds to his life, the philosophy, the honesty, the purity. Teaching is no chore it just ensures the thing he loves will live longer.

AMAHOF wants to become a regulatory body, they don’t want to govern. They won’t interfere with any existing national or international organisation (e.g. IJF, TA). Similarly, AMAHOF won’t be knocking on any existing MA doors; the organisations have to want the help.

“It’s like this. Imagine if I came into your household and started to tell your family how to run itself, what to cook for dinner, what time to go to bed. Would you like it?” Lawrence believes there is an abundance of knowledge in Australia. What is needed is a clear set of standards, a way of supporting the good and improving the bad.”

“What you’re looking for is the average, to have an average you have to have an above and below. If you look at the average over the years, and the average is slowly improving, then you’re making progress.”

What are the tools needed to fix it?  There is a common thread that AMAHOF believes has strength enough to rebind Australian MA. It’s called Budo. The Japanese Samurai understood this to mean ‘The Way Of The Warrior’ but its modern translation is simply ‘The Way’. Budo insinuates that the destination isn’t as important as the road: if you apply yourself to the way, the results will inevitably be good.

AMAHOF’s role is to guide headless arts and celebrate the outstanding efforts of the established.

By applying Budo as the core of its strategy, AMAHOF can start to measure success. By having a measure of success, the way is clear for all Australian MA.

The Way Forward.  Although AMAHOF are confident they have a significant role to play here, they will admit there is a lot of work ahead. “Continuity and ethics” says Lawrence when asked about ‘the plan’. As they sweep through the MA, working with the relevant people to create a standard, consistency is key to re-shaping MA in the psyche of Australians.

Ethics is a pre-requisite. Grandmasters like Master Ramon Lawrence won’t be around forever, so the message needs to be passed on now. Every year AMAHOF swings a few more heads, and we begin to realise that MA isn’t all about inflicting pain.

Kieren Deck
Kieren is a prospective sports writer studying journalism at the University of Wollongong. He has written for Inside Sport as well as the South Coast Register.  Born in 1991 he began practicing taekwondo aged eight and successfully graded for his junior black belt at 12 under the tutelage of Chief Instructor Brett Canning in Canberra.  He now teaches taekwondo as a second degree black belt in North Wollongong.  Keiran moved to Wollongong at the beginning of 2009 to study journalism and hopes to continue his passion for sport and martial arts as a journalist/writer following the end of his degree.